With more than 1 million photographs shared via the Internet every day, the world of photography is undergoing tremendous change. And so, for it's 34th anniversary, the worldwide Nikon Photo Contest exhibition is coming to Auckland in June 2014. This is a meaningful and celebratory achievement for us as hosts at the Auckland Festival of Photography of this Nikon Photo Contest award-winners exhibition.

The Nikon Photo Contest goal is to foster a growing, global community of photographers creating images that stand apart through their creativity, their ability to move people and their capacity for communication. The Nikon Photo Contest is a forum that brings together people with a passion for photography and an active commitment to bettering their art. Here, photographers of all sorts can acknowledge each other, be stimulated by diverse points of view and thrive through competition.

A total of 22,752 photographers from 153 countries and regions submitted 99,339 works in the 2012-2013 contest. This year marked a new record for the largest number of entries in the history of the Contest.

Auckland Festival of Photography and Nikon believe in the power of the image to tell stories that can't be told any other way. The Nikon Photo Contest is a celebration of that belief and we are delighted to be providing this prestigious international exhibition to the people of Auckland, and wider region.

Lead judge Chris Rainier will be attending the exhibition in Auckland and giving a talk about the award winners. Not be to be missed. FREE. 1230pm Friday 30th May. 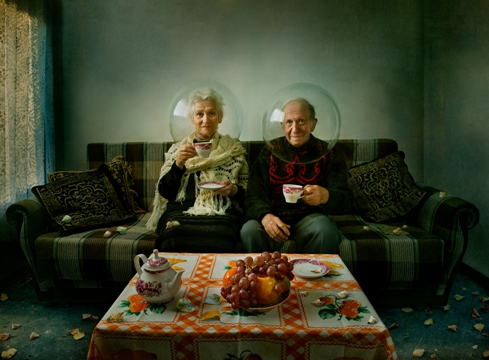