The festival is pleased to announce Jiongxin Peng was last year's winner of the 2019 Auckland Festival of Photography Beauty by Subtraction - Artist Award for the image Between Heaven and Earth. 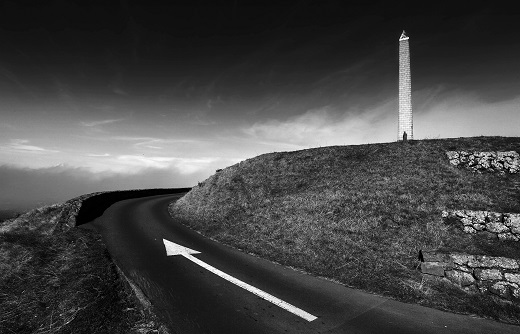 This was the third year the artist Award has been presented and coincided with the launch of the 2019 Auckland Festival of Photography.

Entry to the Beauty by Subtraction Award was open to any New Zealand photographer exhibiting in this year’s festival and the winner won a $2000 cash prize and award certificate.

I was thrilled to see the diversity in the images that had been entered into this year’s award.  Each photographer was able to interpret the brief in a personal way, which is very refreshing, given our exposure these days to imagery and ideas.

The winning image however stood out as a shining light, not only for its strength of composition and technical prowess, but also for its interpretation of the brief. It was powerful and majestic at the same time. The concept of the arrow and the road also drew me in, with driving in mind, and felt that this was the perfect, well executed piece of work to win this award."

Artist Jiongxin Peng is showcasing his work, as part of the Satellite programme.

This was the second year the artist award had been presented with the launch of the 2018 Auckland Festival of Photography. Entry to Chasing Shadows was open to any New Zealand photographer exhibiting in the festival and the winner won a $2000 cash prize and certificate. 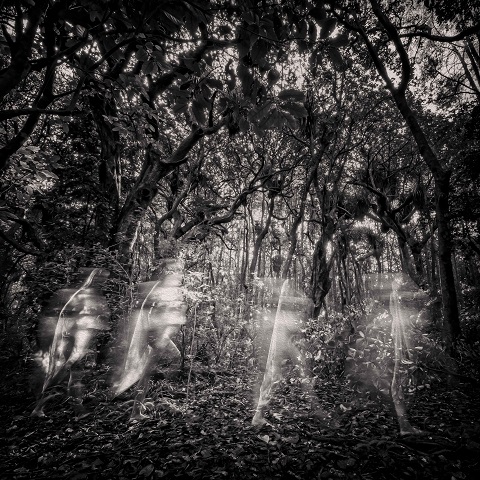 “We came to a unanimous decision that this was an image that showed creative use of light, landscape and presented a ghostly sense of shadows” the judges said.

“The number of amazing images impressed the judges."

Julia Durkin, AFP’s Public Participation Director congratulated all those who took part in the Chasing Shadows award. “Each year AFP strives to build access to the festival by New Zealand based photographers. Competitions such as Chasing Shadows Award and Nikon Auckland Photo Day are an important part of this. AFP 2018 also gives audiences free access to leading international practitioners in photography and dozens of exhibitions throughout the Auckland region. We congratulate all those involved in this Award - not least Anil Dumasia - for being part of AFP 2018. We invite you to join us at this year’s festival.”

The Spirit of Motion

Diane Costello won this new AFP award, ‘The Spirit of Motion’ – for her image, Momentum.

The award was open for entry by any New Zealand photographer exhibiting in the 2017 festival, which ran 1-24 June at various venues across Auckland.

The winning image was praised for its motion and an “exultation of spirit” by judges Phil Edmondes-Rowe, Auckland Festival of Photography Trust and Terrianne Brown, Customer Experience Manager of Mazda.

“We chose this image because it has motion and that joie de vivre - a cheerful enjoyment of life. The woman is wearing her nice dress and high heels, yet her spirit and joy of life meant she couldn't resist chasing the pigeons.  While many of the other competition images had motion, few showed that joy of life,” the judges said.

“The number of amazing images impressed the judges. But we immediately smiled when we saw this picture. The subject’s vivaciousness was infectious - and that's what made the image the winner."

Dianne won a $2000 cash prize and a certificate. Thanks to everyone who took part.