In 2022 the Youth Photo Award took place, we invited photographers/artists (under 25 years) to enter their best work.

We're delighted to announce the 4th annual Youth Photo Award winner of the 2022 Alex Mao Prize, is Sophie Hansen, with her gritty portrait of her Dad's working hands welding a new object in his shed titled Create Something New. "My poppa asked me to take a photo of him welding but I'm not much of a people photographer at all, I prefer animals, so when he asked me this I enterprited it as me taking a photo of the sparks flying and the machine. It wasnt until later when I showed him this photo that he said "did you get any of me?" and I suddenly realised I was supposed to be taking photos with him in it!"

Congratulations to Sophie who wins NZ$1200 cash. Plus a print of her winning photo donated by PCL Imaging. 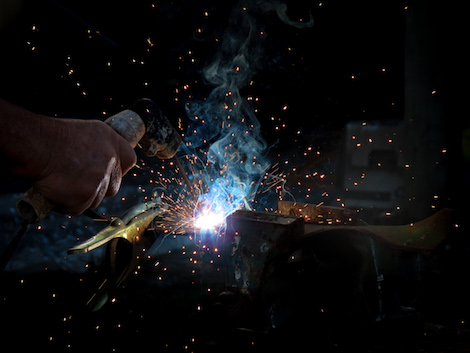 2nd prize winner, Kellie Masiutama, who wins a framed print donated by PCL Imaging, of her winning image He Taonga tuku iho, which she created to be part her exhibition in the Festival this year, but it didnt make it in, the show is open at Papakura Art Gallery until 25 June. Kellie stated "The hands with the pounamu is represented as myself being cleansed in my waters. The stunning Wahine represents myself in present time not fully healed. But content." 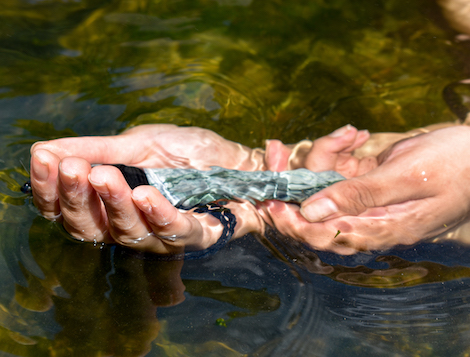 This year's entries were from around New Zealand, with a variety of subjects and skills, we thank everyone who took part, see all entries here. Our judge was Linda Tyler, Associate Professor, University of Auckland, and currently teaches art writing and curatorial practice at Honours level in the Art History Department.

To date over $4800 in prize money has been Awarded to support Youth photography in NZ through this Award. 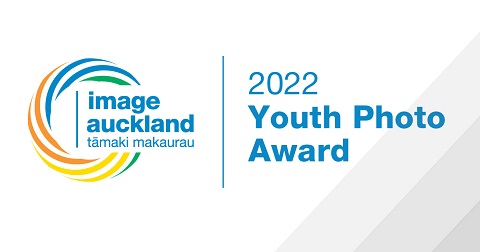 Congratulations to Francis Cai, winner of the 3rd Alex Mao Youth award, an award for emerging photographers under the age of 25. He wins a $1200 cash prize. Francis’s image is called Moving Out.  He says: I remember that not long ago, I was living with my cousin Untaka in Mount Roskill, he was always busy preparing me a delicious dinner. The day we cleaned up the house together and departed for our own future is still in sight.

Moving Out was chosen by judge Sanji Karu from over 200 entries as the winning image. Sanji, who is a photographer and Director of Skar Image Lab, a Fine Art Print Studio, said: I would love to print this and have it on my wall. It has good composition and the light is beautiful. The negative space is well balanced with the object in focus. It is a minimalist image but it speaks volumes of the change we have gone through in recent times, leaving one path behind and moving forward along another. 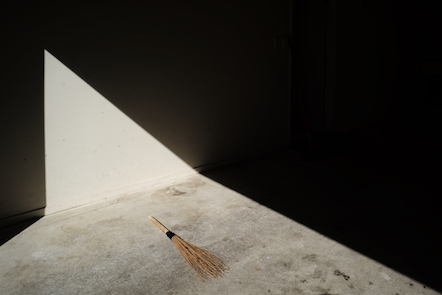 Judge Raymond Sagapolutele, said "The image that I chose, Matt Hurley's summer ice cream has so much going for it. It is a portrait but not just of a person but that moment in time and characterised in the melting mess that anyone will recognise and engage with, it's the face of Summer. I may be sentimental in my appreciation of the image but there is so much that this engages with, the sense of a moment in time and recalled memory and with the use of shallow depth of field the hazy feeling that pulls the viewer into the details of what's on offer. The ice cream itself is a caricature of a face melting and smiling and running down the arm of the person we don't know just out of frame." 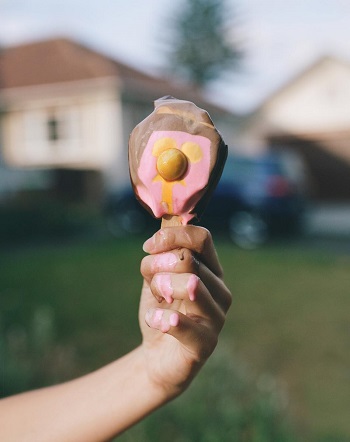 Congratulations to our inaugural Award recipient Amie Kaufman from West Auckland, for her sterling image 'Trying to Grow Up', this image won the 2019 award. She wins a $1200 cash prize.