Identity - All The World's A Stage

The Democratic People’s Republic of Korea is doubtless one of the most isolated and repressive nations on the planet. Shut off from the world since its liberation from Japanese rule at the end of World War II, and cloaked in mystery ever since, it is estimated that only 5,000 Western tourists visit the Hermit Kingdom annually. For the past 70 years, the North Korean regime has promulgated juche, the pervasive doctrine of self-reliance. The DPRK has long struggled against foreign occupation, molding into the collective consciousness a deep acrimony towards outside influence while remaining the last frontier of isolationism in the modern world. However, despite its tendency toward seclusion, North Korea has raised its curtain in recent years, allowing a small and tightly controlled audience of Western tourists to visit the secretive state. For more than a decade,

Scott has been fascinated by the DPRK, longing to travel there and experience the infamous Hermit Kingdom. Finally, in October 2015, Scott visited North Korea during the national celebrations commemorating the 70th anniversary of the founding of the Worker’s Party of Korea, the lone ruling regime of the DPRK’s 24 million citizens.

His work features regularly in a variety of international publications, including National Geographic, GEO, The New York Times and The Washington Post. Scott has also photographed international advertising campaigns for many global brands including Google, Adidas, MasterCard and Johnnie Walker.

Thanks to Asia New Zealand Foundation.

Artist’s talk at Studio One: Tuesday, 6th June at 11am TBC. 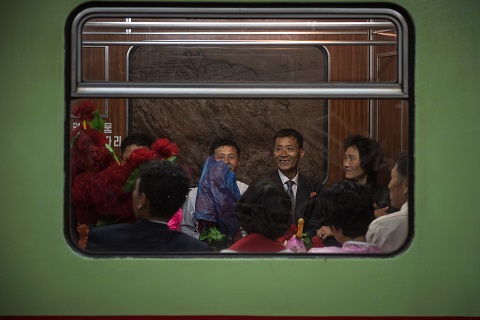