The Auckland Festival of Photography 2017 features the 7th Annual Commission. Each year, an Auckland-based artist is commissioned to create a new body of work for exhibition during the Festival. This year's commissioned artist is Janet Lilo.

Janet Lilo b.1982 (Ngapuhi, Samoan & Niuean) works in digital photography, video and Installation. Her art practice explores experimental documentary and drawing processes for exhibition, performance and archive. She is interested in documentation as a conversational and social tool for recording time, people and place – often with reference to popular culture. Janet is an active member of Whau the People community arts collective, staunch supporter of the underdog and proud mother of Harry, Milo and Manaia.

Recent projects include Status Update, Te Uru Gallery, 2016; The Normandy Research Project, Pacifiques in Normandy, France 2014 - 2015; Right of Way, Fifth Auckland Triennial at Artspace, 2013; Hit Me With Your Best Shot (commissioned by The Physics Room) for Christchurch and Wellington City Gallery. Lilo graduated from Auckland University of Technology with a Masters in Visual Arts, 2006. 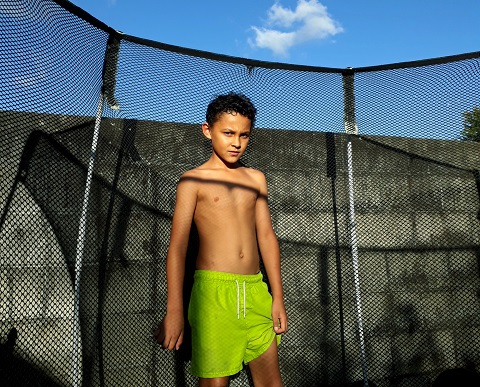