Auckland Festival of Photography presents a series of digital screens featuring the projects of international photojournalists made with Alexia Foundation grants. The Alexia Foundation promotes the power of photojournalism to give voice to social injustice and through grants, scholarships and special projects for more than 25 years, has supported student and professional photographers as agents for change.

Image credits - Photo by Walter Astrada/Alexia Foundation. A woman cares for Namita, 18 years old, inside a protection home in Rothak. Namita was taken from her home in West Bengal to be sold as a wife in Haryana. She is pregnant as a result of being raped by her trafficker and suffers mental problems. The home provides physical protection but offers few other resources to women who are traumatized on many levels – physical, mental, emotional and psychological – by their experiences.

Stephanie Sinclair/Alexia Foundation: Rajni Bhamwari, 5, was woken up around 4 am to participate in the wedding ceremony. Here, she is carried by her uncle. Three young sisters Radha Bhamwari, 15, Gora Bhamwari, 13, and Rajni Bhamwari, 5, were married to their young grooms Aleen Mehra, Giniaj Mehra, and Kaushal Mehra, who were also siblings, on the Hindu holy day of Akshaya Tritiya, called Akha Teej in North India. Despite legislation forbidding child marriage in India (Child Marriage Restraint Act-1929) and the much more progressive Prohibition of Child Marriage Act (2006) and many initiatives to prevent child marriage, marrying children off at a very tender age continues to be accepted by large sections of society

Sebastian Liste/NOOR/Alexia Foundation: in Caracas, Venezuela "Sicario" is showing his gun. He is just 18 and says he has already killed more than 30 people. Those armed kids control the drug traffic in their neighborhood close from downtown Caracas, Venezuela. In Venezuela more than 2500 people were killed 2013.

Sara Naomi Lewkowicz/ Alexia Foundation: As Shane and Maggie, continued to fight, Memphis ran into the room and refused to leave Maggie’s side. She witnessed the majority of the assault on her mother. “Please Shane, let me take her out of here,” Maggie pleaded. “She shouldn’t be seeing this. 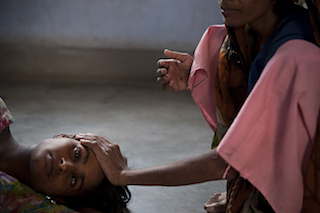 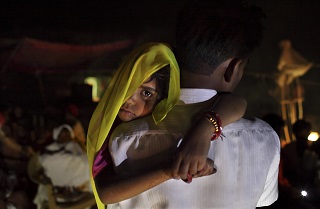 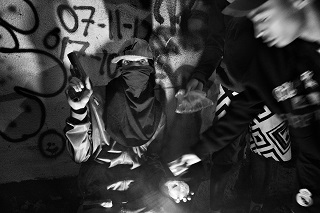 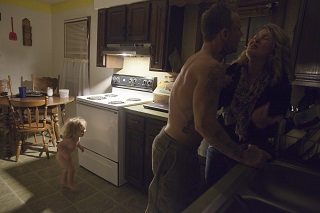