Maggie Steber is a photojournalist and holder of a Leica Medal of Excellence, attending our Talking Culture events with the support of Leica.

She has worked in 64 countries focusing on humanitarian, cultural and social stories. Her honours also include from the World Press Photo Foundation, the Overseas Press Club, Pictures of the Year, the Medal of Honor for Distinguished Service to Journalism from the University of Missouri, the Alicia Patterson and Ernst Haas Grant, and a Knight Foundation grant for the New American Newspaper project. For more than three decades, Steber has worked in Haiti. Aperture published her monograph, Dancing On Fire.

In 2013 Steber was named as one of eleven Women of Vision by National Geographic Magazine, publishing a book and touring an exhibition in five US cities.

Steber has served as a Newsweek Magazine contract photographer and as the Asst. Managing Editor of Photography and Features at The Miami Herald, overseeing staff projects that won the paper a Pulitzer and two finalist recognitions. Her work is included in the Library of Congress, The Richter Library and private collections. Clients include National Geographic Magazine, The New York Times Magazine, Smithsonian Magazine, AARP, The Guardian, and Geo Magazine among others.

Maggie will also discuss her new work 'Secret Garden of Lily LaPalma" which she says in a Yahoo News interview “I have let loose a part of me, joyously rebelling against the tyranny of the documentary photography that has described me for decades".

Thanks to the support of the US Embassy of New Zealand and Leica. 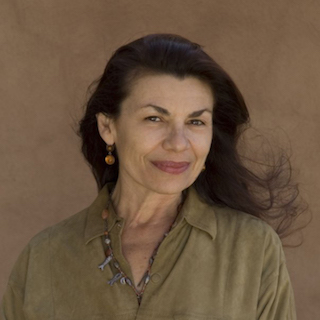