His Laberinto series is displayed outdoors on 8 lightboxes which create a scene of magical Patagonia landscapes in the central city. Described as "More than being documents of the place, his pictures are otherworldly tableaus. In effect, he created pieces of land-art, which allowed him to reach beyond reality they became magical." courtesy of FavRiver.com.

He has established a worldwide reputation for his innovative vision and sensibility that crosses the boundaries between document and art. Chaskielberg graduated from the National Institute of Cinematography of Argentina as Director of photography. He performed advanced studies in classical music at the Manuel de Falla Conservatory (violin) and animation at the National Art Film Institute of Avellaneda.

He received the BURN Emerging Photographer Grant by the Magnum Foundation in 2009 and was titled World Photographer of the Year 2011 by the World Photography Organization. The Boston University awarded him with the Leopold Godowsky Jr. Award, which recognizes excellence in the field of contemporary color photography. He was also granted by National Geographic Society with the All Roads Photography Program and won the Fifth RM Iberoamerican Photobook Competition.

Alejandro has lived for three years in the islands of the Parana River Delta to work on his first monograph La Creciente. His second monograph Otsuchi Future Memories, docu- ments the aftermath of the 2011 tsunami in a small fishing town in Northern Japan. He has also developed projects in Bolivia, Surinam, Netherlands, Cuba and Kenya.
His work was presented at the Brighton Biennial curated by Martin Parr in 2009 and at the Daegu Photo Biennial in South Korea 2014 and the Ballarat International Photography Biennial in Australia 2015 and has also exhibited in many photographic festivals worldwide. He has been one of the Masters of the First Latin American Masterclass organised by the World Press Photo and Master at the ISSP - International Summer School of Photography in Latvia. 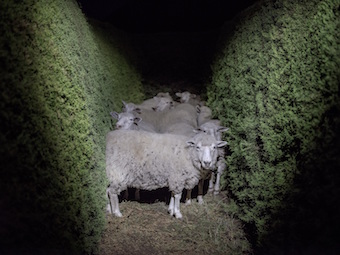